Eva Lunabek, recipient of the Study in Canada Scholarship 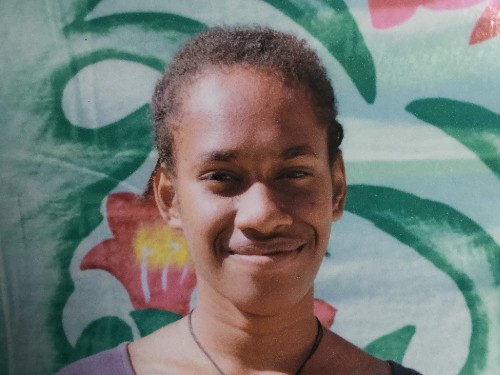 The Study in Canada scholarship, financed by the Department of Foreign Affairs, Trade and Development supports international students pursuing their university studies in Canada. Eva Lunabek has already completed a DESS in translation at the Université de Montréal, and the scholarship will now allow her to obtain her master’s degree at UdeM.

Her interest in translation comes for her passion of learning languages and her desire to discover new cultures. She grew up in a context where many languages are spoken: Vanuata has three official languages and more than 100 regional languages. This environment strongly stimulated and encouraged her language learning: she speaks Bislama, French, English and Spanish.

Eva chose to pursue her degree abroad in Canada, and more particularly Montréal because it is a less popular destination for Pacific students, and she wanted to experience new adventures. She is adjusting well to her new life in Montréal, with perhaps the exception of the harsh winters, and she appreciates the multiculturalism of the city where she has had the opportunity to meet people from many different backgrounds as well as being able to communicate in French and English. In spite of the pandemic, her studies are still progressing well, and she maintains that translation courses are well suited for distance learning.

After finishing her studies, Eva plans to return to Vanuatu to work as a translator. She is interested in possibly pursuing further studies in interpretation.