Erin Savre, University of Wisconsin student on internship at the International Affairs Office 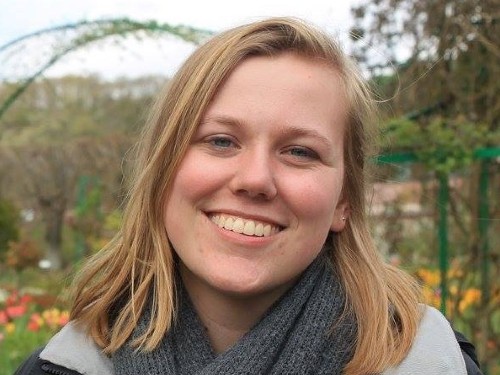 Based in the United States, Erin Savre is a master's student in French with a specialization in international education at the University of Wisconsin-Madison. She chose UdeM for her student internship, which was to be carried out in a francophone environment.

Since the beginning of October, Erin has been working remotely with the International Affairs Office (IAO) team, with whom she has the opportunity to collaborate on a number of international projects. She has already completed several mandates in communications and student mobility.

Although Erin was unfortunately unable to do her internship in person in Montréal, she has a good grasp of the essence of this student and multicultural city, two characteristics that she feels are reflected in UdeM's international affairs initiatives.

Erin has always had a fondness for French, a language she learned at a young age as a student in a French immersion school and wanted to pursue further, even to the point of specializing in the language in college. During her undergraduate years as a French and Psychology major at St. Olaf College in Minnesota, she studied abroad at University of Paris VIII. While in France, she worked at Collèges Louis Pasteur and Jean Texcier as an assistant in charge of preparing and teaching English lessons, as well as assisting teachers during their classes.

Back in the U.S., Erin worked as a counselor at College Possible, a non-profit organization helping people from disadvantaged backgrounds prepare to apply to college.

After completing her master’s degree, Erin hopes to pursue a career in international education where she can use French. She would like to work at an American university with a student mobility program.